Neither size nor geography should hold firms back from making international links, but a clear strategy for development and an understanding of cultural differences are essential to success, writes Chris Marston

If you spin the globe, do you see opportunities or time differences? When a client asks for a referral to a law firm in another country, do you match them with one of your LinkedIn contacts, take pot luck or even suggest they might try Google?

As the biggest law firms straddle the world, with offices in every country to serve the interests of their equally global clients, it might seem that there is little opportunity for smaller, independent firms to play a role outside their own immediate geography.

But we operate in a global world, and although we are now headed for Brexit, that does not mean we will be part of a narrower landscape, just a re-shaped one, where the need to find and cultivate international contacts can only increase.

And for those independent firms wanting to engage in cross-border networking, there’s a world of opportunity - if you’re prepared to get out there.

When it comes to unearthing those opportunities, you need to build the right relationships. The best results come through structured networking, using traditional, face-to-face meet-ups, to establish strong connections with lawyers from other countries. There’s a place for LinkedIn and similar platforms, but generally just for keeping in touch after you’ve met.

There are specialist networks, such as the Cross-border Family Mediators, or for those at the start of a legal career and signing up with the College of Law, the Future Lawyers Network community, giving access to contacts and jobs world-wide.

I see the benefits of peer-to-peer networking in practice regularly, as all LawNet members are automatically members of Eurojuris International, one of the biggest networks of independent law firms across Europe, now with members worldwide, giving connections to around 600 firms and 5000 lawyers, in some 650 cities and 50 countries.

The main objective of Eurojuris International is to provide its members with international contacts to meet the growing client demand for global solutions and I see our members using this international network in a number of ways, whether as a light touch solution to outbound client referrals, or a focused strategy of participation to build strong personal relationships for inbound work, to demonstrate they can be trusted and be top of the list when the call comes.

Eurojuris is just one of the many international legal networks now operating, so there will be a natural home for everyone somewhere. But before you book that discount flight to Milan or Nice, let’s roll back to basics and think about the why and how of doing it?

Effective cross border networking demands commitment, in terms of investment and personnel, and needs buy-in across the firm, with everyone set on achieving clear results and a return on that investment to support overall business strategy.

For IBB Solicitors, a £16.9m firm with 190 staff, 86 fee earners and two offices, a financial budget is allocated specifically for cross-border networking. Fee earners, particularly partners, allocate time to attend international events and measurable KPI’s are set for referrals into the firm.

More important than budget, according to IBB, is the way the firm demonstrates a long-term commitment to cross-border work through its strategy and culture. The firm views itself as an international law firm, which is reflected in the way it portrays itself to the outside world.

For 50-strong SJP Law in Hull, the objective is added value for existing clients, with any resulting workflow into the firm seen as a bonus. As SJP’s Simon Gittings explains: “You need to have very clear and realistic objectives. We got involved in Eurojuris back in 2004 because our owner-managed family business clients were increasingly doing business in Europe, and those business owners also had personal legal needs overseas such as buying overseas holiday properties. It was about strengthening relationships and any work referred to us was a bonus.  Now we have regular flows of commercial work passing both ways, but whatever the objective, there must be ongoing evaluation of the merits of active participation.”

Certainly, if a firm as a whole doesn’t have the right mindset and commitment, it’s likely to cause problems for anyone who tries to actively participate in cross border networking as a solo pursuit.

“If the whole team isn’t on board, it can be too easy for others to think you’re off on a jolly, which couldn’t be further from the truth, as it generally involves committing a fair amount of personal time,” explains Francis Wallace of Rix & Kay, a 125-strong, five-location firm. “If there’s a three-day, weekend conference and you leave Thursday evening, that’s a day out of the office, but it’s also two days away from home.  Being focused on demonstrating results and keeping the topic on the agenda at partner meetings is essential.”

The game-plan doesn’t have to involve a lot of people; indeed, it may be better to have a small caucus who are committed to regular participation, rather than a scattergun approach where different people are dipping in and out without having the time to build meaningful relationships.

And it’s about investing time. As Gittings says: “Like any networking and cross-referral generation activity you need time to build up personal relationships with the necessary degree of mutual trust and confidence.”

Once you have the commitment, clear objectives and the team lined up, you can start to identify appropriate networking environments.   As Justin Govier of IBB Solicitors says: “Given the cost and time in attending international events, networking must be with like-minded people where there are clear and obvious opportunities and synergies. International Chambers, UKTI (now the Department for International Trade) and local Chambers with proactive inward investment strategies are all useful, although we focus most energy on Eurojuris, because we can build referrer and introducer relationships with similar sized law practices world-wide.”

For anyone considering cross-border networking, language is likely to appear on the checklist. But English remains the worldwide language of business, leading IBB’s Govier to say that cross-border networking is far simpler for a UK-based law firm than for those on the continent.  However, language skills can be a big plus, according to Rix & Kay’s linguist-lawyer Wallace, who says that being fluent in French and German has given him leverage in those countries, with referring lawyers valuing his ability to review documents without needing translations, and clients appreciating native conversation, even if they themselves speak fluent English.

Similarly, it’s a good move to make sure your website is internationally friendly, with translations of key pages into languages most relevant to your networking. Your web visitors will feel you are making them welcome, even if they can understand English.

Alongside language, sits culture. It is easy to assume that meeting a roomful of lawyers will involve like-minded, kindred spirits.  But working in the same sector does not mean an automatic passport to bypass cultural differences, so investing time to understand overseas counterparts is likely to pay dividends.

3. Logistics and law in action

The type of work undertaken by our member firms runs the gamut and is influenced in part by their client base back here.

For SJP Law, their client base of predominantly family-owned SME's are operating in sectors such as horticulture, transport, shipping and logistics, caravans and holiday homes, all of which has an international dimension.

At IBB, the client base includes a large number of multinational corporates, so international work is day-to-day business, with many clients expecting to have their pan-European needs met by the firm. This could involve project managing cross-border work to ensure the client receives consistent advice in their preferred delivery format, handling an international corporate reorganisation or pan-European outsourcing, through to a client looking simply for a referral to a foreign law firm.

This is where the personal relationships come into play, as Govier says: “It is important that you know their strengths and the best lawyer to use for each different situation, and, in turn, that they understand our capabilities. The best way to establish that, for both sides, is by meeting regularly, talking about experiences, demonstrating client portfolio and the type of work we each undertake.”

And it is worth remembering that the way in which the legal profession is regulated in other countries is very different. As SJP’s Gittings comments: “Our levels of compulsory minimum PI cover are at odds with the norm in Europe and nearly every jurisdiction beyond. Our ideas of conflicts of interests also differ to large parts of Europe, where lawyers quite often act for more than one party on a deal. So careful due diligence is needed to be comfortable with the way in which your clients will be looked after.”

The speed and style of response is also critical. At IBB, referrals are given utmost priority so that clients will be speaking with a lawyer within 24hours, whether it’s an inbound or outbound referral, and Rix & Kay make best use of media and communication tools to open up possibilities and overcome geography.

Knowledge sharing is another valuable resource. For Rix & Kay a strong relationship with a firm of Belgian lawyers generates regular requests for advice on agency and distribution agreements involving British and Belgian parties.  In the other direction, when drawing up a commercial contract governed by English law, but involving a French buyer, a French lawyer contact was able to provide invaluable advice around the different laws applicable in France in the event that the buyers were to suffer an insolvency.

So, neither size nor geography should be a reason to hold back from developing international links.

But, as with any marketing activity, having a niche, hook or USP is helpful and firms need to focus efforts on maximising the opportunities in those areas against a clear strategy, whatever that may be.

So for IBB, the benefits of cross-border networking are easily identified, with referrals from European law firms helping to grow their credibility as an international law firm, adding to their client base and supporting income growth.

Or at Rix & Kay, where their overseas connections have helped them attract a number of UK-based clients. They see themselves as a good match for those smaller companies operating internationally who don’t want, or need, a big law firm to act on their behalf.

For firms looking to satisfy the developing demands of existing corporate clients, as well as build reputational growth, a world of opportunities awaits.

This article was originally published in Solicitors Journal on the 1st November 2016 and can be viewed here. 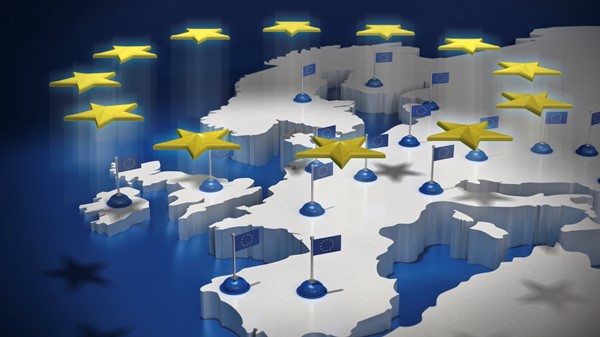 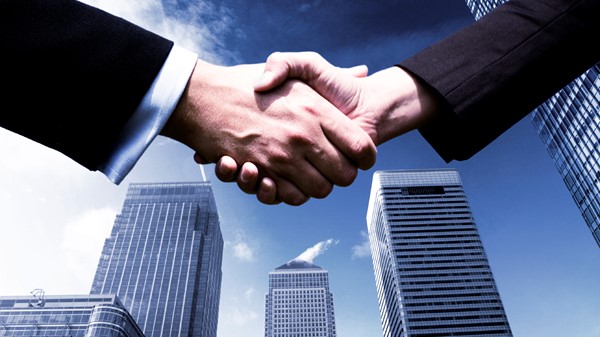 What lawyers can gain from reaching out

Booking opens for the 2022 LawNet Conference